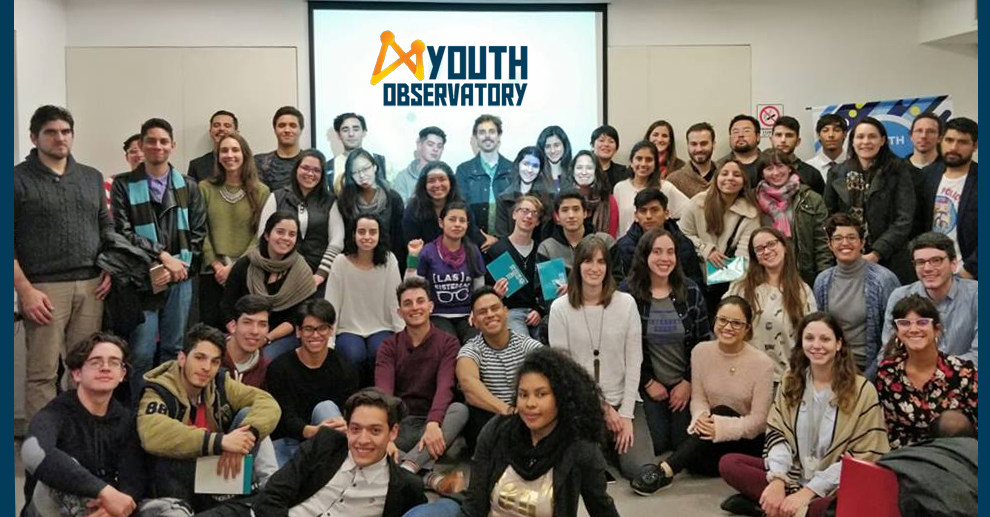 The Youth Observatory is a non governamental organization, created on September of 2015, being a Special Interest Group of Internet Society (ISOC) since 2016. It is composed by members of around the world, between 18 to 32 years old committed in the training of the knowledge of Internet ecosystem and Internet Governance. We have accepted the challenge of increasing the participation of new actors through their involvement in forums and divulgation of workshops that increase the academia research.

This has been our journey since 2015:

Since 2015, we have participated actively in many national, regional and international events such as Internet Governance Forum (IGF) 2015,2016,2017, LACIGF 2016, 2017, Internet Freedom Festival 2017, among others. One of our main contributions happened in 2017, where we organised 2 workshops: 1# Workshop 193 about the commitment of youth in the Internet Governance ecosystem and 2# about the gender challenges and youth.

In 2017, we launched the book ‘Analysis of youth connected’ (“Análisis de una juventud conectada”), which is a collection of articles written by young persons on Internet Governance topics. The book is available in English, Spanish and Portuguese.

Also, during 2017, we organized an interactive hub of InterCommunity in Guadalajara, Mexico, counting with the participation of thousands of young individuals remotely and onsite.

We created the first youth initiative of IGF for Latin America and the Caribbean called Youth LACIGF, which takes place one day before the LACIGF. Since its first edition in 2016, we have committed to give financial support to young individuals in the region to attend the meeting.

Aditionally, since 2016, we have developed projects to stimulate critical thought about youth problems in Internet. One of our main project was ‘Youth at schools’ (“Juventud en las escuelas”) addressed young students in schools in Brazil. Our members helped them to discuss and analyse their relationships with Internet. This project helped to build ‘Cyberneteens’, a project applied by ISOC Brazil in partnership with Youth Observatory for the Internet Society’s Chapterton 2017, which also included taking the critic reflection of Internet at schools.

On 2018, we transitioned from a regional SIG (Latin America and the Caribbean) to an international Special Interest Group; in order to include more young voices in Internet Governance.

Why trust in the Youth Observatory?

Because we are a youth led initiative for young persons, we count with experience in the organization of forums and events related to Internet. We propose and develop in successful way projects in the Internet ecosystem, transforming them in a global reference in the involvement of the next generation of leaders in the regions.

We foster an active exchange of communication among young individuals, through capacity building in local, regional and international debates, so in this way we empower youths and build new lines of debate for the multistakeholder community. We are sure through dialogue and active cooperation, we set the basis for the tomorrow’s leaders.