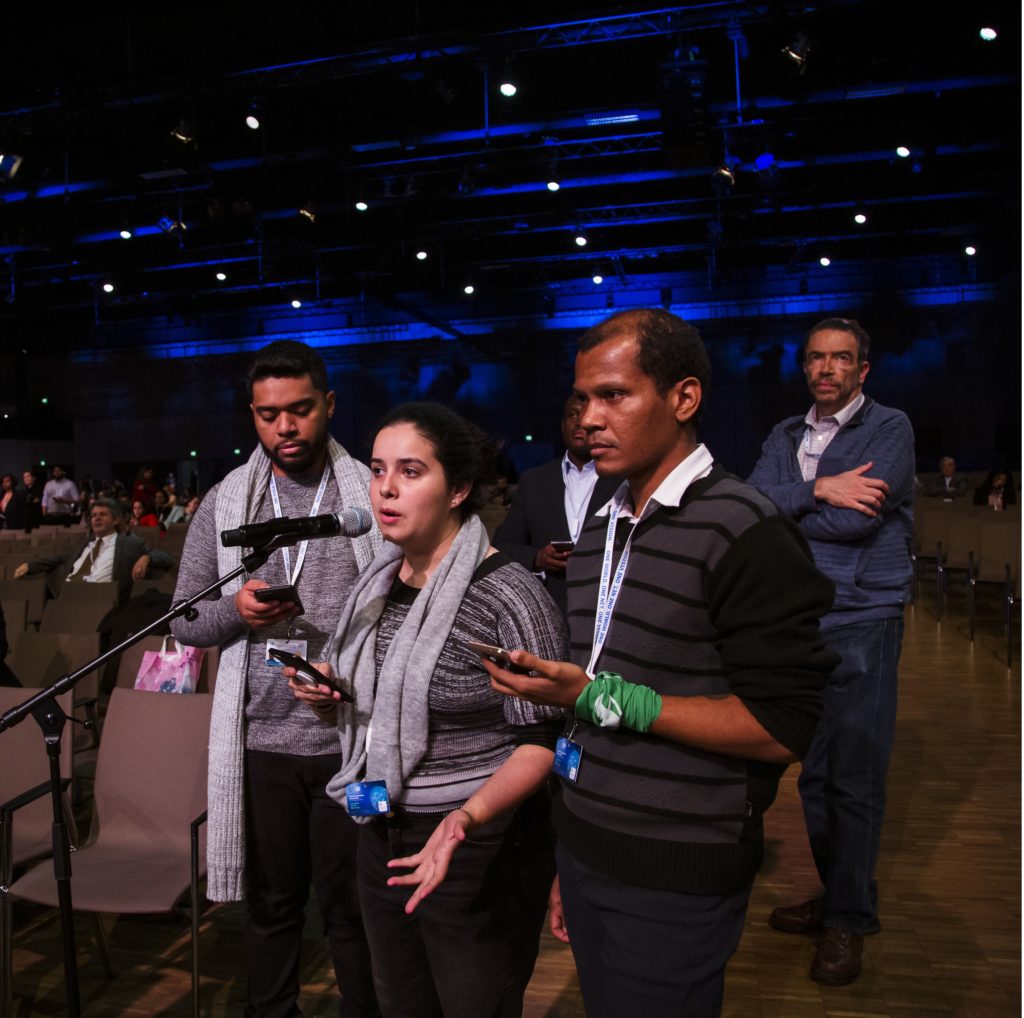 The Youth Observatory gave us the unique opportunity for weeks of learning through webinars and being able to live cybernetically with colleagues from different countries to finally choose our partners and build the project that led us to one of the best experiences of our lives.

The projects we presented at the competition were “Segur@s en Internet” and “WeAre”, which aimed to promote the participation of women and LGBTQI+ youth in the conversations regarding Internet Governance. In both projects, we worked with women and LGBTQI+ organizations and community members in Latin America and the Caribbean, Europe, and Asia and we gave online and offline workshops about Internet Governance, Human Rights, Advocacy, and Digital Inclusion. Through the activities that took place, we aimed to tackle the issue related to the lack of diversity and representation in the discussion regarding Internet Governance spaces and to create a space for sharing about the issues that our communities face in Latin America, such as online violence and hate speech, freedom speech and situations in which are some spaces where they cannot express themselves freely on the internet. Unfortunately, this situation happens not only in Latin America and the Caribbean but also in places like Africa and the Middle East. We believe that a way to mitigate the impact of these instances if they continue to happen is to give them tools to know their digital rights and how to join the wave of action that is asking to have an Internet ecosystem that includes everyone.

We started our journey in Berlin having our projects and activities in mind. We noticed the considerable effort and value in making such an event and the incredible opportunities to meet others who are also passionate about keeping the health of the Internet ecosystem. However, we also noticed that in the many topics for discussion that were presented, not many reflections nor opinions tackled the issue of access, use, and inclusion of women and the LGBT+ community, especially opinions for these specifics population outside of the Global North, because most of the topics and policies that were discussed tend to focus their information from places like Europe and North America. There were few spaces for Latin American, Asian Pacific, and African perspectives, selected only after most of the main topics were determined. The sessions that did talk about these central perspectives were put as side sessions instead of main ones, which doesn’t help the multistakeholder view that Internet Governance is aiming to achieve.

We decided to prepare and attend the Open Mic session at the forum, in order to draw the attention to the Internet policymakers and the lawmakers in our region, so they would make a joint collaboration with the Civil society and the private sector to provide the skills and legal framework to allow women and LGBTQI+ community to freely express themselves regardless their sexual orientation, gender identity, or gender expression.

We also mentioned the lack of representation in the high-level panels regarding trans people. We could verify this by meeting a trans woman, who had been invited to the event. She said she felt that her invitation was due more to filling a gender parity quota rather than an intention to change the event’s participation policies.

We expressed loud and clear that gender implies not only women and girls, but also LGBTQI+ communities. Therefore, we helped to foster that in the upcoming IGFs this is taken into account, so the promise of an Internet for everyone will truly be real, where no one is left behind outside of the picture, and where we could truly comply with the message of One Internet, One Net, and One Vision.